The StoryCorps Mobile Tour is back in Boise!
Music
Music
Boise State Public Radio Music can be heard in Boise and the surrounding Treasure Valley at 90.3FM, in the Payette Lakes region and Stanley basin, providing outstanding music, arts and cultural programming on air and online.

Alt.Latino Playlist: Taking Us Home And Out Of This World

Listen to this playlist on Spotify or Apple Music.

Nostalgia is the undercurrent of this week's new releases. As we enter the second month of the new year, artists take a look back at the sounds, places and experiences that keep them grounded in an increasingly chaotic world. This week's playlist additions are odes to the natural, spiritual and historical. We've highlighted a few of the pieces that had us hitting replay a few extra times below.

Camilo Lara is coming home with Distrito Federal. After years spent building a global name for himself in cities all over Latin America, the man behind Mexican Institute of Sound has just released an ode to the history of the place that cultivated his innovative sounds.

"Se Compran," in particular, guides the listener through a nostalgic look at Lara's Mexico City and a childhood spent listening to the cries of street vendors throughout his hometown. The sounds have surely made appearances in tracks released before today, but they receive a more intentional mention here as he pays tribute to his beloved D.F.

After four years of silence (minus the wildly popular Tainy remix of "To My Love"), Bomba Estéreo is back with three singles off its much-anticipated new album Deja. "Agua" embodies, both in name and in sound, a piece of the elemental energy the album is designed to communicate. From the track's opening syncopated beats and percussive bird calls to the mid-song injection of long-time friend and collaborator Lido Pimienta's striking vocals, "Agua" manages to walk the line between the natural and the artificial.

Bomba Estéreo is no stranger to finding this balance as the band's known for melding tradition with experimental electronic beats. The timing of the song and its accompanying video, which evokes natural and otherworldly imagery, could not be more fitting as we exist almost exclusively in an electronic world, constantly confronting the problems that be, and longing for an escape that the natural world can offer. As lead singer Liliana Samuet says, "We made this album so you can dance to it at a club, but at the same time it has a profound meaning. It's meant for you to dance perreo with a conscience."

After spending 20 years away from his home country of Venezuela, Elastic Bond bandmember Andrés Ponce focused his artistic energies on honoring sounds from the past. He's collected tons of classic Afro-Venezuelan vinyl and reimagined them as tracks on Venezonix's La Que Es. Mingling synthetic beats and tinny vocals, "Mata e' Candil" is a perfect embodiment of Ponce's intention to build an "imaginary bridge to maintain a connection with so many memories, sounds and colors" from his home.

Ángel Quezada of Santa Fe Klan balances the sweet sounds of cumbia with a modern twist across Santa Cumbia. "María" fuses the traditional and the novel with a slowed tempo that places the listener in the midst of low lights and heart-thumping beats, perhaps the kind of experience Quezada was having when he observes the dancer he describes in his lyrics. At this point, that kind of image does feel wistfully reminiscent of times long gone, setting a perfect tone for exploring past and present sounds coming together. 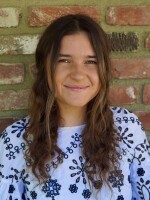 Anamaria Sayre
Anamaria Sayre is a multimedia producer for NPR Music with a focus on elevating Latinx stories and music. She's the producer for Alt.Latino, NPR's pioneering radio show and podcast celebrating Latin music and culture, and the curator of Latin artists at the Tiny Desk.
The Latest From Boise State Public Radio
StoryCorps Mobile Tour comes to Boise this August
to record the stories of Idahoans through both in-person and virtual interviews.
Reserve your appointment here
Idaho's wildfire season is here
We've rounded up some resources to make sure you're prepared.