After a mass shooting, people and resources pour into the community to help victims and survivors cope. As these incidents continue to unfold, the grim infrastructure that springs up around them is growing larger and more sophisticated.

In early June, Sandy Phillips was in a rental car, driving south on Interstate 95 from Washington, D.C. to Virginia Beach. She and her husband Lonnie usually have their bags pre-packed with certain essentials, but they had not planned on making this trip.

“So we need to stop and buy underwear and some clothing to get through the rest of the week,” Phillips said with a laugh. “But this is just part of what we do.”

After hearing about a mass shooting at a municipal building in Virginia Beach, the Phillips decided to head there from Washington, where they had traveled for an awards ceremony. Sandy guessed that it was the 11th mass shooting they had been to.

“The first one that we went to was five months after my daughter was killed in Aurora, at the movie theater… then five months later, Sandy Hook happened,” she explained. “Since Sandy Hook, we have gone to almost every major national public mass shooting.”

When they arrived in Virginia Beach, the Phillips first went to the site of the shooting to pay their respects and talk with police. Then they headed to a local recreation center to try and meet with survivors, although Sandy said people don’t always want to talk with them.

“The first thing we always tell them about is that, you know, we understand exactly what they’re feeling because we’ve been in their shoes and that right now you don’t even feel like you want to live. You just want to curl up and die,” she said. “And that’s a normal part of the trauma you have endured.” 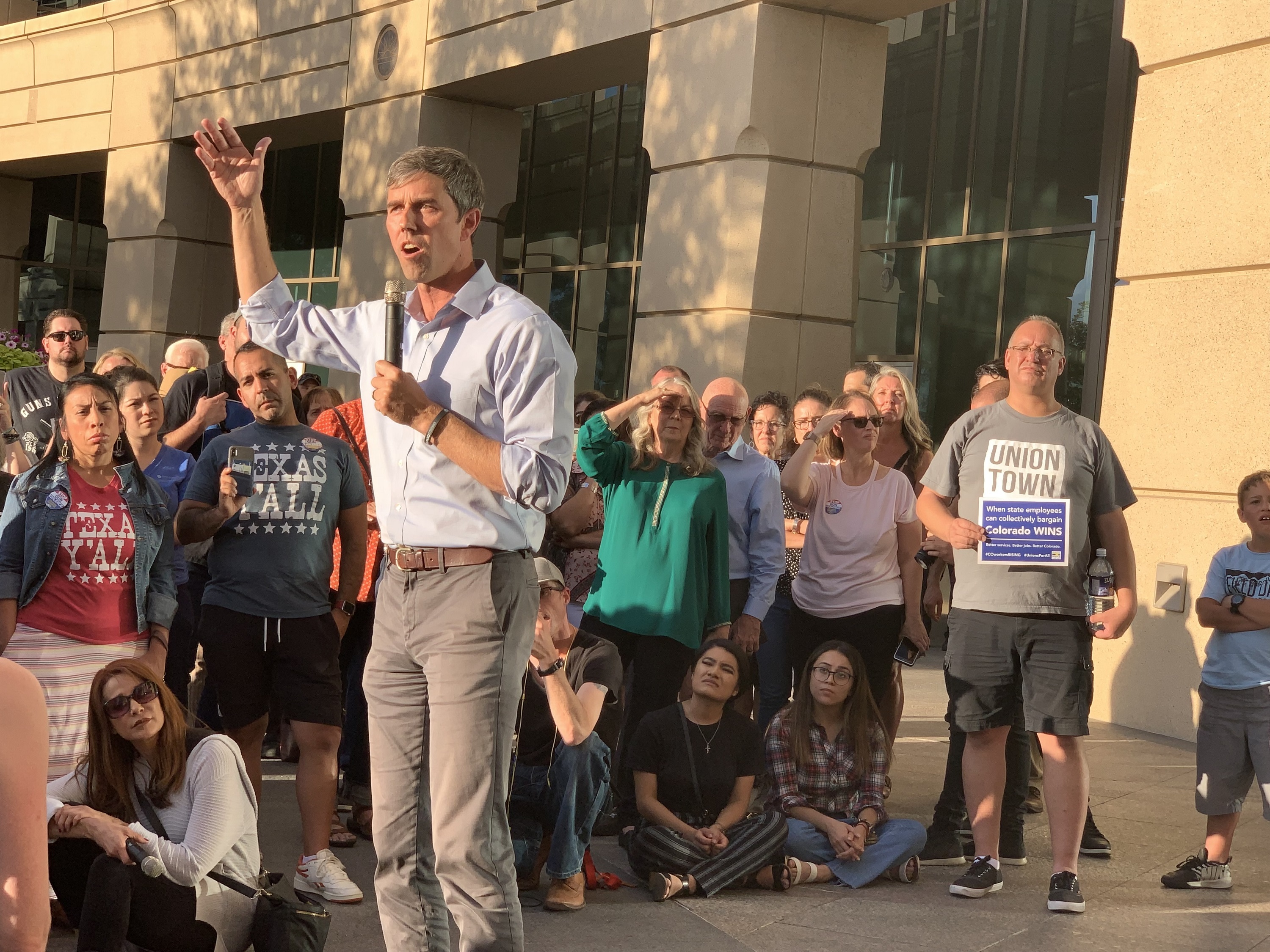 ‘We Have Become More Sophisticated’

Sandy and Lonnie Phillips spend much of the year on the road in their camper traveling to mass shootings and also to various centers of power to meet and lobby politicians. Near the end of the summer, they came to Colorado to attend a few gun-related events: gun control activist and former Rep. Gabby Giffords was coming into town. So was presidential candidate Beto O’Rourke.

Sandy Phillips said a lot has changed since they started working with survivors and advocating for gun control measures.

“Unfortunately, I think we’ve become more sophisticated at how we respond to it, which is good, but so sad — so very sad at the same time because that means our society is really broken,” Sandy said. “That we have allowed this to redefine our country in such a way that we are getting good at how we respond to mass shootings and mass violence.”

The Philips themselves have become more sophisticated over the years. Now, in addition to providing comfort to survivors and connecting them with other survivors, they give advice on how to deal with reporters, what to do about online harassment, and how to spot scammers trying to make money from tragedy.

“We, personally, here in Colorado, we had to fight with the charity that was taking in all the money using our children’s faces for donations, but had no intention of getting the money to the actual victims and survivors,” Sandy Phillips said. “So those are the things that we see shifting and changing.” 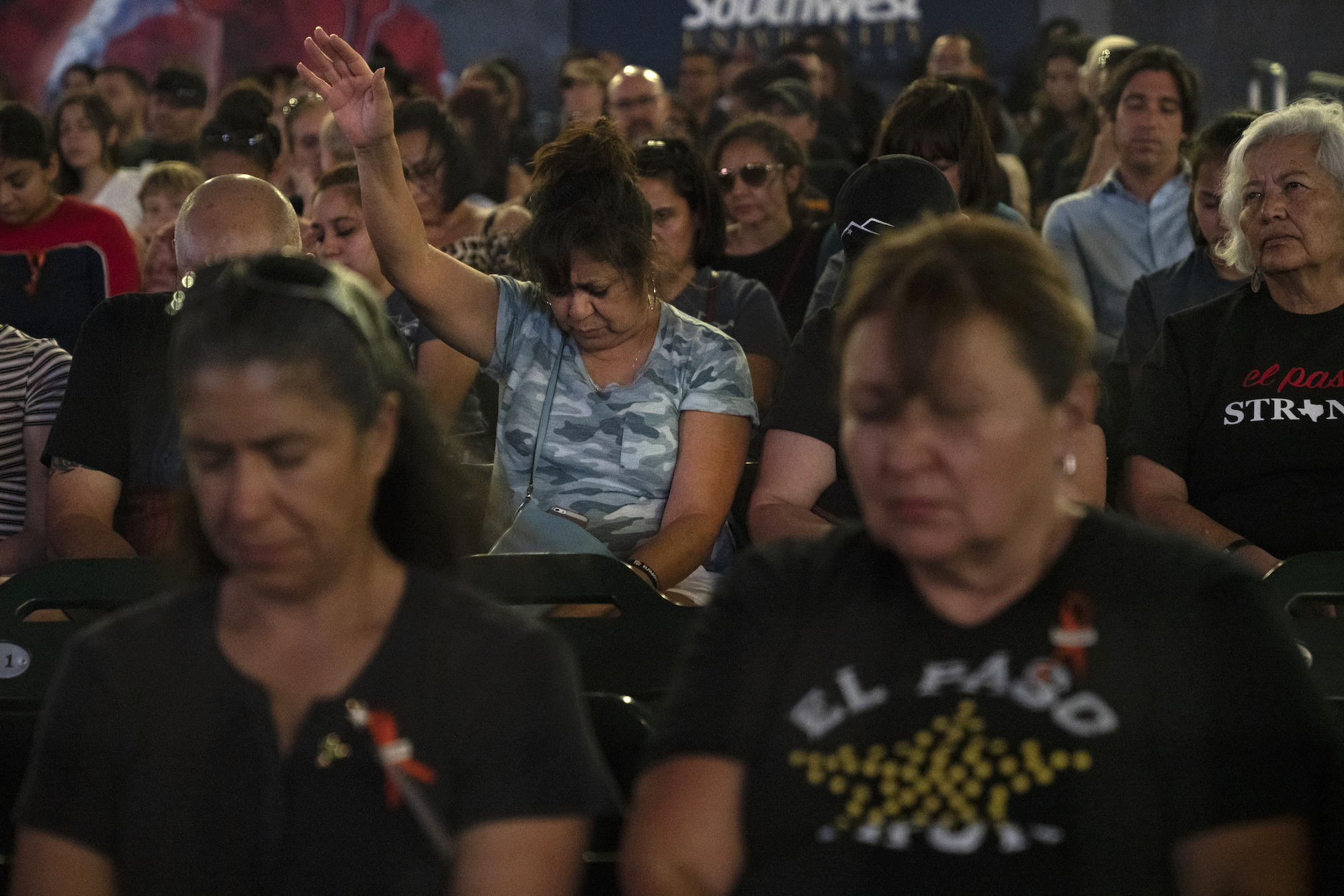 A moment of prayer during a community memorial service at Southwest University Park in El Paso, Texas, in the wake of a mass shooting at a nearby Walmart.

The Infrastructure In El Paso

In his role as the president of the El Paso Community Foundation, Eric Pearson is working to manage and administer donations after a gunman killed 22 people at a Walmart there in August. Trying to determine how much money should go to whom can be complicated.

Pearson, however, is not the first person to have to deal with this problem. He has been consulting with community foundations that have managed funds after mass shootings in other states. The El Paso Community Foundation is also working with the National Compassion Fund, an organization that the FBI has directed people to if they want to donate to El Paso victims but are worried about scams.

“That says something about who we are, that we have had to deal with so many mass shootings. But it’s also comforting to know that people have been there…We’re not walking through the forest blind,” he said. “There’s a path in front of us and if we can find our part of that path, we can do right by this community. 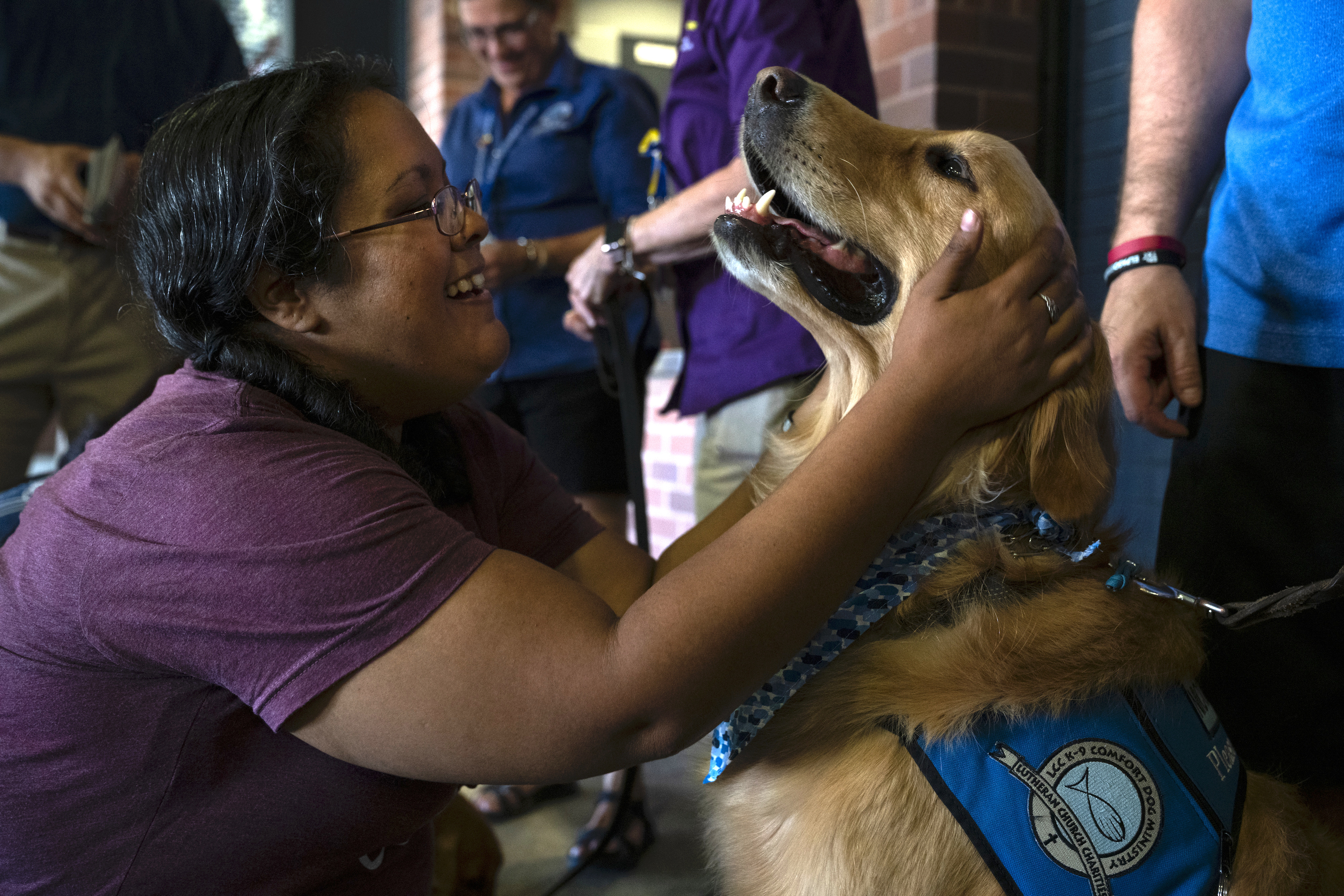 A woman in El Paso, Texas, pets a comfort dog on August 14, 2019, at a memorial for the 22 people killed in a mass shooting there.

Sandy Phillips describes a predictable group of people she keeps running into after mass shootings: the guy from Illinois who makes white crosses, religious groups like the Billy Graham Rapid Response team, a lady from the Red Cross, and, more recently, therapy dogs. The Phillips saw them in El Paso.

A group of therapy dogs, like the golden retrievers that were stationed at the city’s memorial in the baseball stadium, were brought there by Lutheran Church Charities not long after the shooting.

Therapy dogs have become a fixture on the scene after mass shootings. But, in El Paso, the Phillips also saw an organized group of people that they had never seen before: dozens of trauma therapists meeting with victims at the community center and hospitals.

“So the people who had witnessed the shooting and were upset and having trouble just breathing, just realizing what they had been through,” Sandy Phillips said, “they were able to get help immediately. And that’s what we’ve been preaching for seven years.”

In fact, the work of those trauma therapists in El Paso is in line with a new project the Phillips are working on: building teams of survivors and trauma therapists to go into communities after incidents like mass shootings. They hope to pilot the program in Colorado, where their daughter was killed.

Guns & America is a public media reporting project on the role of guns in American life. Guns & America’s Jonathan Levinson contributed to this story.

What do you do in the case of a school shooter? Idaho Matters features a two-part series that dives deep into this question. Mountain West News Bureau reporter Rae Ellen Bichell talks to a group of teachers who are being trained to deal with the terrifying scenario -- by being armed. In the second part of this series, we follow Guns & America reporter Leigh Paterson to learn more about how students are being prepared to protect themselves in an era of mass shootings.