For three decades, Car Talk has entertained millions of public radio listeners. Brothers Tom and Ray Magliozzi have been fixtures on Boise State Public Radio and regularly one of the most listened to hours each week on KBSX 91.5. Mixing automotive first-aid with roadside philosophy led the Car Guys to receive broadcasting’s most prestigious Peabody award.

KBSX has aired The Best of Car Talk for the past five years, after Ray’s retirement and Tom’s passing in 2014. NPR has decided to end the regular production of the popular Saturday program later this month. With that, Boise State Public Radio bids a fond & appreciative farewell to the beloved Car Talk show. Thanks to Tom and Ray for all the laughs! It's been our pleasure. 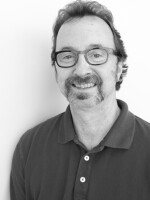