Editor's note: This story was updated on Feb. 2o at 9:50 a.m. ET with an image of the state Supreme Court's map.

The Pennsylvania Supreme Court has enacted a new congressional district map that may be much more favorable to Democrats, replacing the one it overturned and deemed an unconstitutional partisan gerrymander last month.

Since the previous map was adopted, Republicans have held a 13-5 advantage in Pennsylvania's congressional delegation. The new court-drawn map is expected to upend that tilt.

Justices described their map in their 48-page decision as "superior" to other proposals filed for their consideration.

Top statehouse Republicans have pledged to challenge the judicially enacted map, which they say amounts to overreach by the Democratic-majority court.

The court's decision comes after a monthlong standoff. When justices first declared the previous map unconstitutional on Jan. 22, they ordered the GOP-controlled Legislature and Gov. Tom Wolf, a Democrat, to negotiate a compromise.

The justices said they wanted the new map to be fairer, specifying that districts should be more compact and contiguous and should split fewer municipalities.

That's in addition to one sent in by a group of Republican activists who intervened in the case and two sent in by the case's Democratic petitioners along with the League of Women Voters. All parties to the case were technically allowed to file maps.

The submitted maps varied significantly in terms of partisan advantage, though overall they all made districts more compact, and to varying degrees they divided fewer municipalities.

The various parties to the case approached the redistricting process differently. House and Senate Republicans worked largely with existing staff members who have previous Pennsylvania mapping experience. They said they didn't take partisanship into consideration at all, and they ended up with a map with a relatively similar GOP advantage to the current one.

On the other hand, Wolf, the governor, hired Tufts University professor Moon Duchin to consult on his map. Her analysis, the governor said, found that the map has "no partisan skew in comparison to over a billion randomly generated maps."

The justices were advised by Nathan Persily, a Stanford law professor with a background in drawing political district maps. He has previously assisted judges in New York, Connecticut, North Carolina, Georgia and Maryland in redistricting cases.

Republicans also are calling the process foul. The court didn't file its full opinion until two days before the Legislature's deadline to submit a compromise map to Wolf.

Statehouse Republicans say the court is usurping the power of the legislative and executive branches, a situation that essentially creates a "constitutional crisis." 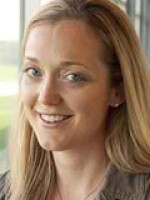 Katie Meyer
Katie Meyer is WITF’s Capitol bureau chief, and she covers all things state politics for public radio stations throughout Pennsylvania. Katie came to Harrisburg by way of New York City, where she worked at Fordham University’s public radio station, WFUV, as an anchor, general assignment reporter, and co-host of an original podcast. A 2016 graduate of Fordham, she won several awards for her work at WFUV, including four 2016 Gracies. Katie is a native New Yorker, though she originally hails from Troy, a little farther up the Hudson River. She can attest that the bagels are still pretty good there.
See stories by Katie Meyer
The Latest From Boise State Public Radio
Idaho Wildfire Tracker
Get information about current wildfires across Idaho, including emergency evacuations, smoke and air quality.
The Latest