The Valley County Sheriff's Office is initiating evacation stages in areas near the Four Corners fire as it continues to scorch more than 5,500 acres.
Arts & Culture
Treefort

Hundreds of bands are descending on downtown Boise for the eighth Treefort Music Festival. Spanning four days, the 2019 edition of the festival is bringing over 400 music acts to the City of Trees. Among the panoply of artists spanning genres is Liz Cooper and the Stampede.

Cooper's style of Americana and roots music has been described by critics as a "gorgeously arranged and performed bouquet of psychedelia-tinged folk rock." Cooper is performing Wednesday evening at an intimate show co-sponsored by Boise State Public Radio and The Record Exchange.

Ahead of her in-store performance, while driving across the country to Treefort, Cooper shared a bit about her past, her debut album Window Flowers and about the joys (and misconceptions) of life on the road. 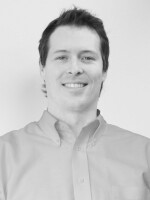 Erik Jones
I am a second-generation Idahoan and have worked for BSPR for nearly 25 years. You can hear me on-air as a weekday host on our news station and I oversee operational efforts for our program department. I created the award-winning documentary ‘I Used to Listen to KBSU: An Origin Story’ and I find great pride in helping news and music listeners across our vast broadcast region connect with information and the arts.
See stories by Erik Jones
The Latest From Boise State Public Radio
StoryCorps Mobile Tour has arrived in Boise
to record the stories of Idahoans through both in-person and virtual interviews.
Idaho's wildfire season is here
We've rounded up some resources to make sure you're prepared.