Stay up to date on the 2023 legislative session – subscribe to our Legislative Round-Up newsletter today.
Environment

The planned 195-foot cell tower near Redfish Lake would be part of the FirstNet Program, which would provide first responders more coverage to connect in a crisis. But opponents say the proposed AT&T tower would adversely impact the Sawtooth National Recreational Area.

“This has now been going on for about 18 months or so at this point and ICL and local community members continue to have concerns," said Josh Johnson with the Idaho Conservation League.

He said the tower would be too tall, obstruct views and alternatives haven’t been considered.

Last November, the Idaho Department of Lands told Boise State Public Radio it had yet to finalize the lease.

Email comments on the proposal must be received by August 20. 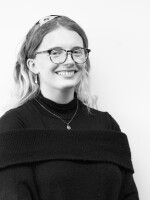