News
Coronavirus In Idaho: Resources & News
Boise State Public Radio News is here to keep you current on the news surrounding COVID-19, the disease caused by the novel coronavirus.

Idaho is forging ahead in its reopening plan, but Gov. Brad Little said the state nearly missed the benchmarks needed to move forward.

“We almost did not make it to stage four this week,” Little said in a press conference Thursday.

One of the missed metrics was the infection rate for health care workers.

“We would like to see fewer than two health care workers per day reported and we actually would not have met if that was our only criteria,” State Epidemiologist Dr. Christine Hahn said.

Nonetheless, Little announced that he is moving ahead with entering the fourth and final phase of his reopening plan. But he said it’s crucial that Idahoans be more vigilant about precautions like social distancing, wearing masks, and proper hygiene.

In many parts of Idaho, those precautions are often the exception, not the rule.

“Despite our incredible progress, there are still some in Idaho who are not practicing measures to keep themselves and others safe,” Little said. “Even if contracting COVID-19 is low on your personal concerns, I urge you to practice safe, measured measures to protect others.”

Most businesses in Idaho were able to resume operations at the end of May. Phase Four includes the opening of nightclubs and large venues, like sports stadiums, with physical distancing measures and occupancy limits put in place. It also includes public and private gathering of more than 50 people, also with distancing measures.

Little made the decision despite saying that community transmission of COVID-19 is ongoing in more than half of Idaho’s 44 counties. As of Thursday afternoon, 2,947 coronavirus cases had been lab confirmed in the state, with another 313 probable cases and 85 deaths.

Little said any reversal in reopening would be determined by the numbers and would likely be a localized response, not statewide.

Dr. Hahn, the state epidemiologist, said increased testing may explain part of the uptick in health care worker infections, but that the increase was seen across the state.

“The disease is still here,” she said. “It is still circulating in the state.”

Another change Saturday includes visitation at jails and senior living facilities. This comes just a week after the Idaho Department of Health and Welfare released the names of long-term care facilities that have documented coronavirus outbreaks, some of which were current when the latest data was released on Friday.

According to the information from June 5, 60% of the state's total deaths are associated with nine of these nursing homes, and 289 cases are residents or staff at 25 care facilities. 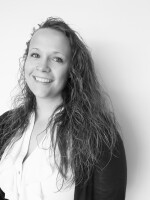 Lacey Daley
By day, I manage all things digital at Boise State Public Radio. I also co-host and produce the podcast You Know The Place. By night, I'm probably counting pollinators in my garden, getting a work out done in the garage gym, or adding to my winning tally of Yahtzee games against my wife.
See stories by Lacey Daley
The Latest From Boise State Public Radio
You Know The Place
is back for another season of exploring the Idaho shops & spots you always pass by, but never seem to visit.