The Moscow Police Department released more information on the alleged homicide that happened near the University of Idaho on Nov. 13.

Four University of Idaho students were found dead in a nearby apartment after the Moscow Police Department said they responded to a call on King Road for an unconscious person. When they arrived, they found the four students.

The students were identified as:

Police say no weapons have been found yet but based on preliminary information they believe that "an edged weapon such as a knife" was used. Autopsies are expected to be completed later this week, according to the Associated Press.

Police also believe this was an isolated attack and there is no threat to the community, but there are no suspects in custody.

"But this is a case where police have to work very methodically and very thoroughly, to actually achieve the information that would lead to a prosecution and conviction later on. and I understand the public’s desire to have things move faster, but it just can’t at the moment while we’re trying to narrow things down," said Bettge.

Investigators are working on a timeline of relevant events to re-create the activities on the evening of Nov. 12 and early morning of Nov. 13, following all leads and identifying any persons of interest.

Police say the investigation is ongoing and ask anybody who may have information to call the Moscow Police Department at 208-882-COPS. The Idaho Statesman reports Idaho State Police, along with other state and federal law enforcement agencies, are helping with the investigation.

Clarification: A previous version of this story listed a different hometown for Xana Kernodle. We've updated this story to match the hometown the University of Idaho is reporting. 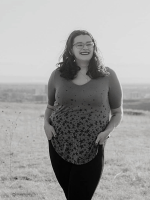