Republican incumbents in Idaho are celebrating major victories over Tea Party candidates this week. Gov. Butch Otter and Congressman Mike Simpson both prevailed against challenges to their conservative credentials. 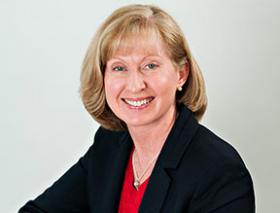 Mary Souza had reason to celebrate on her Wednesday online talk show. Out of eight contested legislative races in Kootenai County, seven ultra-conservative challengers and incumbents won against more moderate Republicans. And one of the biggest upsets was by Souza herself. The conservative activist beat the seven-term, better funded state senator John Goedde of Coeur d'Alene.

“It doesn't look like in northern Idaho that money was able to buy this election,” Souza said.

“The city of CdA rejected her six months ago, and now she beats a multi-term incumbent. ”

With all but three of Idaho's precincts reporting, Otter won just over 51 percent of the vote, and lost major counties like Ada and Kootenai to Fulcher.

Otter will face Democrat A.J. Balukoff in November as he bids for a third term in office.

The GOP gubernatorial race was tight, with tea party favorite Sen. Russ Fulcher lagging by only about 13,000 votes with 92 percent of precincts reporting very early Wednesday morning. But the governor left the GOP celebration in Boise early, without making a statement and before the race had been called.

Former Speaker of the House Lawerence Denney has won the Republican primary in the secretary of state race.

Denney had nearly 36 percent of the vote with 92 percent of precincts reporting from Tuesday's election. He beat second-place finisher Phil McGrane, who had the support of retiring incumbent Ben Ysursa, by more than 10,000 votes.

Election officials say voting went smoothly during Idaho's primary except for a ballot machine that stopped working in central Idaho and a ballot shortage in Kuna in southwest Idaho.

He says poll workers in Kuna overcame the ballot shortage by photocopying ballots for waiting voters.