How are absentee ballots verified and where can we find more information about judges on the ballot?

Idaho Matters is answering your questions about voting in the 2022 midterm elections. This week, listeners asked us about the absentee ballots and the judges up for election.

We talked with Boise State Public Radio Reporter James Dawson to help us answer your questions.

When and how is the signature on an absentee ballot checked?

State law requires county elections offices to essentially check these signatures as they come in. So in the county, they wait to get all of those ballots that have been mailed in for the day and those collected at the various drop box sites before putting them into their sorting machine.

When it gets processed, the machine stamps the envelope with the time and date. But it also takes a picture of the back where the signature needs to be on an absentee ballot. Those photos are then uploaded to the state voter registration system, and then they're individually checked by election staff to make sure that they match.

Who checks the signatures on the ballots?

They are checked by a person, not a robot. And if for whatever reason there's an issue with one of the signatures, then that goes to a team of two to three people who are then going to be checking it further, at least in Ada County.

How are signatures verified?

Your signature is checked against the card that you filled out and signed when you registered to vote. And if you’ve been an established voter in Idaho for a few years and you’ve submitted a couple of absentee ballots in the past, they will check against those signatures too.

Will you be notified if there's a problem with your signature?

Yes, you will be notified, but if you forget to sign or date the back of your absentee ballot that can be a big problem.

The main reason this is an issue is if you forget to sign your absentee ballot there's no way for the elections office to know who you are because you’re supposed to be able to cast your ballot anonymously. And if you did sign it, but maybe you changed your signature a little bit, for example, the way you write a certain letter in your name, they will try and contact you.

However, getting in touch with voters can sometimes be an issue. When you register to vote it's optional to include a phone number and email address, meaning that if you don't include that information the county might have to send you a physical letter through the mail. The letter can take a couple of days to get to you, which is where it gets tricky.

So let's say you turn in your absentee ballot on Election Day and you don't include that phone number or email address, then you're not going to have a chance to fix your signature because all votes in Idaho have to be cast by 8 p.m. when the polls close.

A big caveat to that is if you're physically in line at a polling place by 8 p.m., you can still get in to vote. But that just means you really want to get your ballot in as early as possible if you are voting absentee. Not including that information can be legitimate though because that information is a public record that people can get if they want to.

Are signature requirements for absentee ballots the same in every county in Idaho?

So this is a very important thing for people to keep in mind. Elections in Idaho are run by individual counties, so they obviously have to follow all of the same state rules. But aside from those, they can really implement whatever procedures or technology works best for them.

Counties just have to comply with state law, so the folks at Ada County Elections said most counties do follow these same procedures, but since it's not spelled out in state code where it's a requirement, there could be some differences depending on where you live.

Is there a way for voters to check the status of their ballots to make sure they were accepted?

Go to voteidaho.gov and scroll down on that main web page until you see a big blue button that says check your voter record. You're going to enter your name and your birth date, and then it will take you to a new page that will show you the status of your absentee ballot, whether they received it, whether it's been approved or accepted, and if it's stuck in processing or for whatever reason hasn't arrived.

If you're worried about your vote counting, call the county elections office where you live and ask them what to do from there so you don't accidentally vote twice.

Switching gears: How do elections for judges work?

It's a weird system or maybe not weird, it's mostly a Western states thing where judges are appointed by the governor. So if a vacancy comes up before an election, then they get appointed by the governor. And when these seats are up for election, judges can run for re-election if they want to. Basically, what you're going to see on your ballot is who should succeed a judge if they leave their seat.

Most of the time judges run unopposed in Idaho, but it's not really unheard of for there to be campaigns to unseat them. This happened in 2000 when Kathy Sisolak got ousted from the Idaho Supreme Court. She was attacked for an opinion she wrote, siding with the federal government on a water rights decision.

What judges are up for election?

All of them. Judges from the magistrate division who handle misdemeanors and civil issues and district judges that handle felonies to the Court of Appeals to the Idaho Supreme Court. We're talking about all of them.

Where can people find out more about the judges on the ballot?

Finding information can be a problem because they're a nonpartisan position, officially. They don't want to appear unfair on issues that might come before the court.

So they are not running TV ads saying, “I'm going to be tough on crime” or that they do or don't believe in abortion rights or whatever issue they might want to tack on to their platform. It can be awkward for judges to go ask for money to campaign because they feel like they can't say anything about these issues.

"The best I can suggest is to just get on the Internet, search the judge's name, read some articles on how they ruled in cases and see whether you agree with the job they've done," said Dawson.

This project is part of the work of America Amplified, an initiative funded by the Corporation for Public Broadcasting to support community engagement journalism in public media. 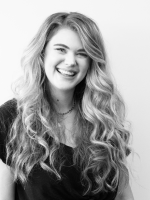